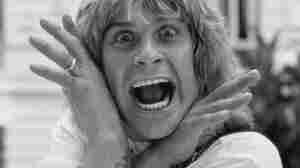 October 29, 2010 • In the spirit of Halloween, we've thrown together a list of songs that scare the bejeebies out of us.  Hear a mix of terrifying tunes by Black Sabbath, Throbbing Gristle, Nine Inch Nails and, oh yeah, Sufjan Stevens. 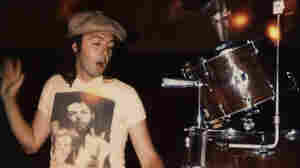 Video: The Making Of 'Band On The Run'

October 28, 2010 • Paul McCartney was looking for adventure when he made this record. So he recorded it in Nigeria, without a lot of his usual bandmates, in a shoddy studio. Bob Boilen gives a remastered version of the album a spin. 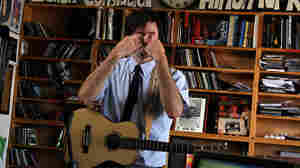 More Photos From The Tiny Desk

October 27, 2010 • Each week at NPR Music we bring in a couple of bands to perform at the desk of All Songs Considered host Bob Boilen. Photographer Abby Verbosky offers a behind-the-scenes view of the shows (and the NPR Music offices) in this special photo gallery. 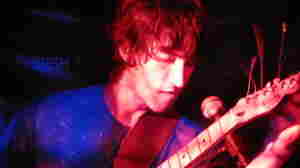 CMJ: Looking Back At A Whirlwind Of Music

CMJ: Looking Back At A Whirlwind Of Music 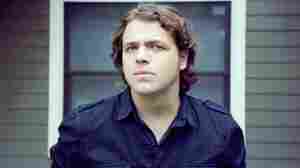 October 25, 2010 • Last year, Monitor Mix blogger Carrie Brownstein challenged her readers to write and record a song in a single weekend.  It led Ross Flournoy to write "Under The Gun" and form the band, Apex Manor. The group has signed with Merge Records.

Listen to 'Under The Gun' by Apex Manor 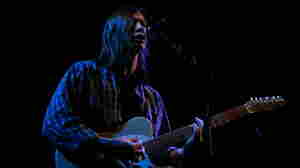 October 23, 2010 • One of the most challenging things about being at a large scale music festival is the sheer number of bands and venues. Bob Boilen told All Songs Considered intern Sarah Ventre that her job was to find one band to fall in love with. She found them. 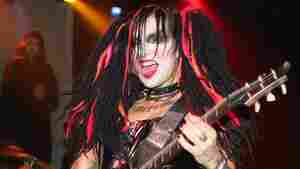 Music That Drove Your Parents Crazy

October 22, 2010 • A lot of parents forbid their children from buying or listening to certain music, even if the artists they themselves loved while growing up drove their parents crazy. Erik Myers reflects on the banned songs of his childhood and how he won the war. 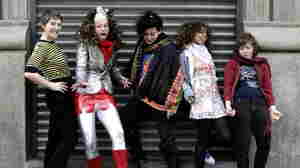 Remembering Ari Up Of The Slits 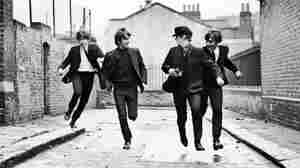 Tunes That Got You Through Your Teens

October 19, 2010 • We recently asked listeners to tell us about a time when music came to their rescue. On this edition of All Songs Considered, we share some of those stories and the music behind them.

Tunes That Got You Through Your Teens 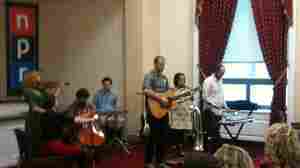 Lost in the Trees sticks it to the man by performing four string-swept folk songs for his amusement. Stephen Thompson/NPR hide caption

NPR Music Faces The Man, With An Assist From Lost In The Trees

October 19, 2010 • When NPR Music staffers were called upon to speak on Capitol Hill, we brought in a ringer: the Tiny Desk Concert veterans in Lost in the Trees, a.k.a. the band Bob wishes to adopt as his chamber-folk foster children. Hear the complete session.

Lost in the Trees: Recorded Live on Capitol Hill 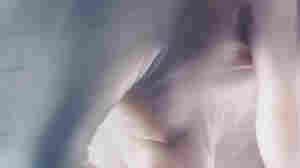 Gem Club's artwork is, in fact, representative of their sound. Photo courtesty of the artist. hide caption

October 19, 2010 • Gem Club's thoughtful, airy songs are the kind that would make a great soundtrack to that feel-good indie summer flick. But while their sounds seem to float through space, they're not hard to digest.

Listen to Acid And Everything by Gem Club 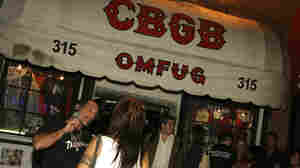 How Far Would You Go To See A Show?

October 15, 2010 • You've undoubtedly said at least once, "I'd do anything to see _______ in concert." But would you really? All Songs Considered intern Sarah Ventre describes the drastic measures she took to attend the closing of iconic New York punk club CBGB. 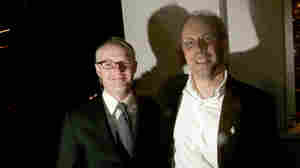 Here Robin (left) and I are at a party NPR Music had with Vanity Fair a couple of years ago at South by Southwest in Austin, TX. NPR hide caption

October 12, 2010 • All Songs Considered celebrates its tenth anniversary with a new 24-7 music channel featuring every song ever played on the show.  Listen to the program anytime and just about anywhere with the iPhone Music App.

October 12, 2010 • It took All Songs Considered intern Sarah Ventre about everything she had to admit she hadn't listened to The Beach Boys' Pet Sounds in its entirety. In this recurring series, she finally gives it a spin and tells us what she thinks.