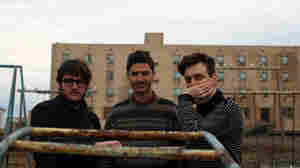 A Ghost Story With A Puzzle: Efterklang's New Video

March 29, 2013 • Efterklang, the Danish band who recorded its latest album in a ghost town, makes a video that centers around a ghost story that connects lives across generations. 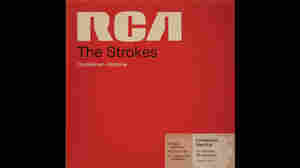 March 28, 2013 • In honor of The Strokes' new album, Comedown Machine, packaged behind a cover meant to look like a 1970s tape-reel box, here's a selection of other albums packaged inside materials that refer to another musical format of some kind. 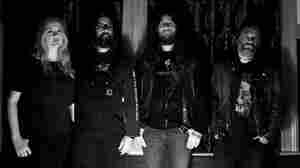 VHÖL Runs Off The Rails, 'Insane With Faith'

March 28, 2013 • Members of Agalloch, YOB, and Hammers of Misfortune form this raw and adventurous metal band. But VHÖL's self-titled debut is a thunderous album that doesn't sound like the sum of its parts. 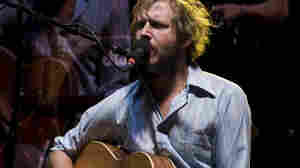 Bon Iver's Justin Vernon in 2009, after the release of his mostly acoustic debut album, but before the group's second album, which includes the '80s-inspired saxophone jam "Beth/Rest." (Yes, we noticed that his guitar is plugged in.) Shawn Brackbill/Corbis hide caption

March 28, 2013 • Why do some songs just sound better when you strip away all of the frills? 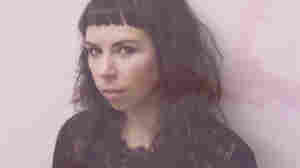 Ashley Paul Incites A Microscopic Riot On 'Watch Them Pass'

March 27, 2013 • The Brooklyn-via-Boston composer and multi-instrumentalist is used to making a huge racket, but here she finds melancholy in still simplicity. 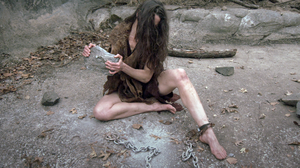 March 27, 2013 • The new video for Phosphorescent's "Song For Zula" wraps metaphorical chains around a story of heartbreak. 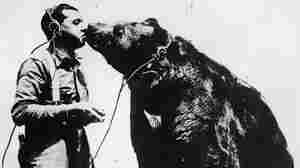 An American zoo tried experiments of playing music to animals to see if it subdued them. Hulton Archive/Getty Images hide caption

What Is The Perfect Pair Of Headphones?

March 26, 2013 • Music has never been more portable. But unless you have a magic cone that hovers over you and plays music everywhere you go, you have to be tethered to headphones. The search for ones with the perfect sound and feel is never-ending, and seemingly futile. 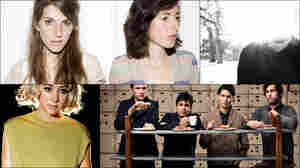 March 26, 2013 • On this edition of All Songs Considered hosts Bob Boilen and Robin Hilton share some final discoveries from this year's South by Southwest music festival, including the British noise-rock group Savages and the Swiss-German pop duo Boy. 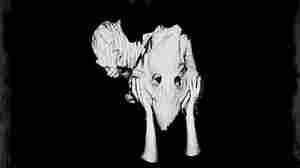 March 22, 2013 • "Brennisteinn" (sulfur) is a remarkably aggressive piece of music for musicians who can sound so ethereal: Dreamy elements remain, but they provide an underpinning rather than driving the pulse of the song. A new Sigur Rós album, Kveikur, comes out June 18. 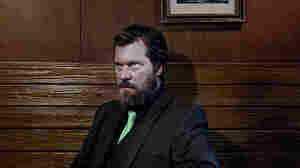 March 21, 2013 • Like many of the songs on John Grant's new album, Pale Green Ghosts, "It Doesn't Matter To Him" mixes self-effacing humor with real-life heartbreak, to the sounds of acoustic guitar and snow-blown synths. 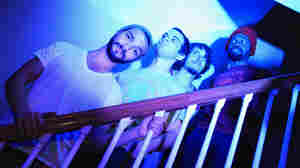 Courtesy of the Artist

Paperhaus: Punchy Pop About The End Of The World 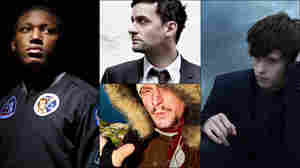 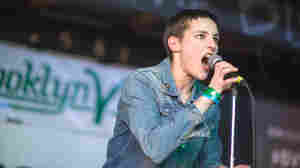 March 19, 2013 • SXSW is a festival that you can curate to your own taste: quick hits, big names, unknowns, or some of everything. But no matter what kind of festival you have, there will be moments when a band just cuts through the noise. Here are a handful of the most transporting moments from this year's festival. 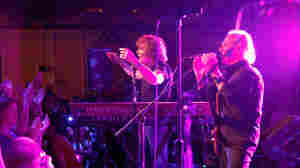 50 years after the band was founded, The Zombies still count as a discovery for many attendees of SXSW. Here, Rod Argent (left) and Jim Rodford play to a warm reception on the festival's final night at Brazos Hall in Austin, Texas. Sean Mathis/Getty Images hide caption

March 18, 2013 • On their last day in Austin, Texas, our team reminisces about the experiences that made their lack of sleep and tired feet all worth it. 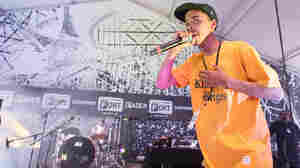 March 17, 2013 • It's the last day of SXSW and now it's time to go on that smoothie detox. With what energy we had left, we caught rapper Earl Sweatshirt's impressive festival debut and celebrated Smashing Pumpkins frontman Billy Corgan's 46th birthday.