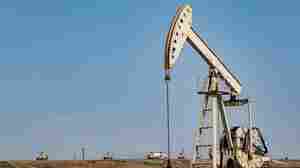 A convoy of U.S. military vehicles, arriving from northern Iraq, drives past an oil pump jack in the countryside of Syria's northeastern city of Qamishli on Oct. 26. Delil Souleiman/AFP via Getty Images hide caption

October 31, 2019 • What happens to the country's small oil resources — once a revenue stream for ISIS — will be important not to world oil markets but to the future of Syria itself, write Roger Diwan and Daniel Yergin. 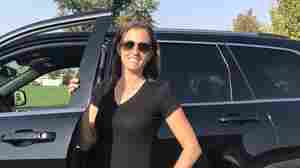 Laura Hart says that if she had gotten a five-year loan instead of a seven-year loan, she wouldn't have let the dealer talk her into buying an extended warranty, and maybe she would have bought a less expensive car. Courtesy of Laura Hart hide caption

October 31, 2019 • Americans are buying more expensive cars — nearly $38,000 for new cars, on average. And longer-term loans are enabling many people to make the payments, but at a cost. 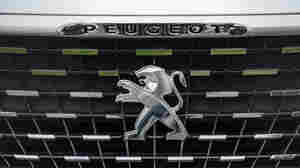 The Peugeot SA lion logo sits on the front grille of an automobile on the forecourt of a PSA Peugeot Citroën new and used automobile showroom in Rodez, France, on Wednesday. Balint Porneczi/Bloomberg via Getty Images hide caption

October 31, 2019 • The new company, with combined annual revenue of $189 billion, would be based in the Netherlands and control such brands as Dodge, Ram, Citroën and Opel.

WeWork And The Future Of Coworking

October 31, 2019 • WeWork's name had become synonymous with coworking and it had plans to go public. Until investors had the opportunity to look at the company's books.

WeWork And The Future Of Coworking 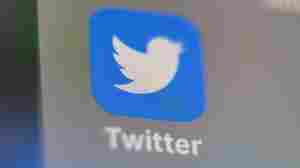 This Pilot Has Been Watching Testimony By Boeing's CEO. Here's What He Has To Say

October 30, 2019 • NPR's Mary Louise Kelly speaks with Dennis Tajer of the Allied Pilots Association about his reactions to the two days of testimony by Boeing executives about the 737 Max plane crashes.

This Pilot Has Been Watching Testimony By Boeing's CEO. Here's What He Has To Say 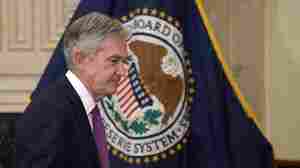 October 30, 2019 • The Federal Reserve cut interest rates by a quarter percentage point Wednesday, in an effort to support an economy that continues to tap the brakes. Economic growth in the third quarter was just 1.9%. 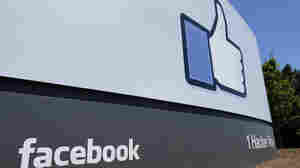 Facebook has agreed to pay about $643,000 to a U.K. data protection watchdog for its role in the Cambridge Analytica scandal. Ben Margot/AP hide caption

October 30, 2019 • Facebook paid the fine to the U.K.'s data protection watchdog, but it also made no admission of liability. 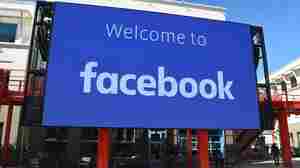 October 30, 2019 • Facebook said the influence campaigns were tied to Yevgeny Prigozhin, an associate of Vladimir Putin who was indicted for running the troll factory that meddled in the 2016 U.S. presidential election. 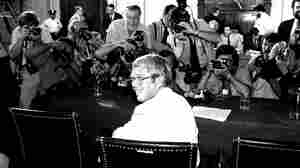 President Jimmy Carter's younger brother, Billy, became the target of a Senate investigation over his ties to the Libyan government and appeared before the Senate Judiciary Committee in August 1980. AP hide caption

Cashing In On The White House Connection: It's Not Just Hunter Biden

October 30, 2019 • Relatives of presidents and vice presidents have lots of opportunities to cash in on their famous relative's name, and more than a few have done so.

Cashing In On The White House Connection: It's Not Just Hunter Biden

October 30, 2019 • NPR's Steve Inskeep speaks with Michael Stumo and Nadia Milleron about the Boeing CEO's testimony on Capitol Hill. Their daughter, Samya, was killed in the Ethiopian Airlines crash in March.

October 30, 2019 • Facebook workers are the latest critics urging the social network to change its political advertising policy. They say the company should hold political ads to the same standards as all other ads.

October 30, 2019 • After Boeing's CEO faced withering criticism at a Senate hearing, he goes before a House committee as he tries to defend his company's safety protocols and reputation. 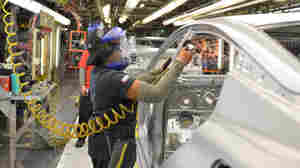 GDP numbers out Wednesday show the U.S. economy lost some steam in the third quarter. President Trump is banking on a strong economy as his ticket to a second term. William Deshazer/Reuters hide caption

As Growth Slows To 1.9%, The Economy Is Falling Short Of Trump's Target

October 30, 2019 • GDP numbers out Wednesday show the U.S. economy lost some steam in the third quarter. President Trump is banking on a strong economy as his ticket to a second term.

As Growth Slows To 1.9%, The Economy Is Falling Short Of Trump's Target