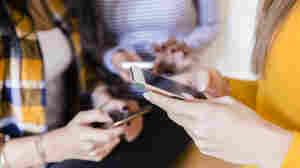 March 31, 2019 • Tyler and Larry have never met. But almost every day for the last few years, they get into a fight on Twitter.

Amid Anxiety Surrounding Boeing's 737 Max Jets, One Airline Wants To Cancel Its Order

March 30, 2019 • The airline Garuda Indonesia wants to cancel its order of 49 Boeing 737 Max 8 planes, but contracts make it expensive to do so.

Amid Anxiety Surrounding Boeing's 737 Max Jets, One Airline Wants To Cancel Its Order

March 30, 2019 • Boeing is currently working on a software fix for its troubled 737 Max jetliner but the challenge for the company is not just to fix the plane's behavior, it also needs to factor in human behavior.

March 30, 2019 • The greetings investors are giving initial public offerings from Lyft and Levi Strauss demonstrate what Wall Street values and what it does not. 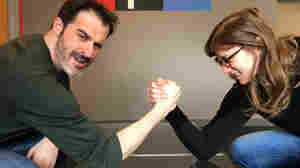 An Indicator In The Hand

March 29, 2019 • On the one hand, you could say the economy's looking rocky; on the other hand you could argue it's in good health. We lay out both sides. 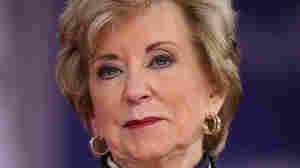 Linda McMahon had contributed heavily to Donald Trump's 2016 election effort. At America First Action, she could play a similar role in his 2020 bid for re-election. Chip Somodevilla/Getty Images hide caption

March 29, 2019 • McMahon is stepping down as head of the agency after more than two years in President Trump's Cabinet. McMahon had been known as a professional wrestling promoter.

March 29, 2019 • Some LA Uber and Lyft drivers went on strike on Monday to protest Uber's driver rate change in advance of Lyft's IPO on Friday. NPR's David Greene speaks to Nicole Moore, one of the striking drivers.

The Evidence Against Rent Control

March 29, 2019 • Rent control is returning to some communities. But evidence suggests there are better ways to keep low-income people housed.

The Evidence Against Rent Control

March 29, 2019 • The ride-hailing app Lyft is going public Friday in a highly anticipated IPO, expected to raise more than $2 billion. 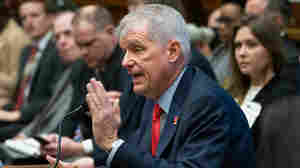 March 28, 2019 • Wells Fargo announced Thursday that CEO and President Tim Sloan will step down immediately. The company's general counsel Allen Parker was elected to run the company until a new CEO is selected.

March 28, 2019 • A lot of money is pouring into the global diamond industry, but demand for diamonds has been less than lustrous of late. A new player might be changing up the industry – diamonds grown in labs.

As Airbnb Grows, So Do The Problems Cities Have With It

As Airbnb Grows, So Do The Problems Cities Have With It