Catchy Tune Not Enough To Make Money In Music

January 30, 2010 • The band KISS has come a long way from selling t-shirts and albums. Now, when you go to one of their concerts, you can leave with a recording of the show on a thumb drive. This kind of marketing has become a necessity, not an option, for a lot of acts. With record sales on the decline, musicians are searching for more creative ways to peddle their tunes.

Catchy Tune Not Enough To Make Money In Music 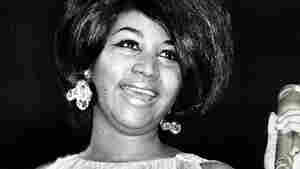 Aretha Franklin in 1968, the first year she won a Grammy. For the next 10 years she completely dominated the Best Female R&B Vocal Performance category. Ron Galella/WireImage hide caption

One Diva At A Time: R&B At The Grammys

January 29, 2010 • More so than other genres, R&B seems to only have room for one reigning queen at a time. Don't expect 2010 to be much different as Beyonce's well-kept coif has likely already been measured for this year's Grammy crown. 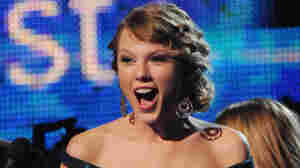 January 29, 2010 • NPR's Monkey See blogger, Linda Holmes, and NPR Music editor Stephen Thompson offered up rapid responses to the Grammy Awards telecast. For 3 1/2 hours, they dished out opinionated, quip-intensive, hastily typed bloviating on everything from Auto-Tune to what constitutes a "Best New Artist" these days. 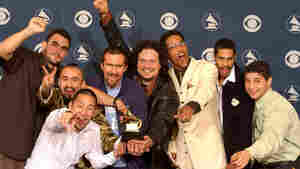 Why You Shouldn't Hate The Grammys

January 29, 2010 • Winning a Grammy still means something to many musicians — especially those in the less visible categories, or established artists looking to make a comeback. The recognition of peers can even matter to established superstars.

Why You Shouldn't Hate The Grammys 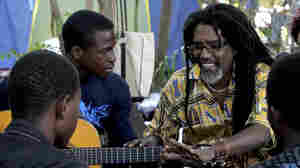 On the day of this interview, Lolo Beaubrun (right) had invited over three young musicians from a group called All Four Stars. Valentina Pasquali for NPR hide caption

Lolo Beaubrun: A Voice Of Hope In Haiti

January 29, 2010 • Beaubrun, one of Haiti's most popular and recognizable musicians, leads the 12-person band Boukman Eksperyans. Now more than ever, he's singing in an effort to transform his home country.

Lolo Beaubrun: A Voice Of Hope In Haiti 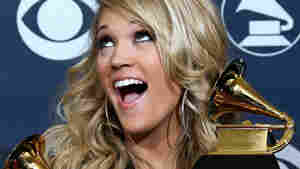 If You Could Vote, Who Would Win A Grammy?

January 28, 2010 • Sunday's Grammy telecast comes at a time when the music industry's major labels are threatened with extinction. Grammy producers would love to duplicate the success of American Idol, on which viewers have a hand in crowning the next pop superstar. But the Grammys also remain committed to the old awards-show model, wherein a select group of industry insiders picks the winners.

If You Could Vote, Who Would Win A Grammy? 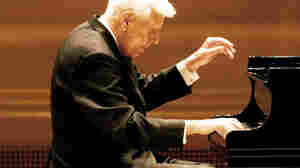 toggle caption
courtesy of the artist

January 27, 2010 • Celebrated for his robust technique and rich tone, American pianist and composer Earl Wild died Saturday at age 94, after an eight-decade career. He performed for six American presidents and was the first pianist to give a solo recital on American television.

January 26, 2010 • The House of Representatives voted unanimously Tuesday to honor bluegrass legend Lester Flatt. Rep. Lincoln Davis (D-TN), who now represents the area Flatt was born in, says the music and the late musician are as important to American culture as its best writers and painters.

January 26, 2010 • The proposed marriage of Live Nation and Ticketmaster has the blessing of government regulators. After nearly a year of scrutiny, the Justice Department filed a proposed settlement on Monday that would allow the nation's largest concert promoter and its biggest ticket broker to merge — if certain conditions are met. 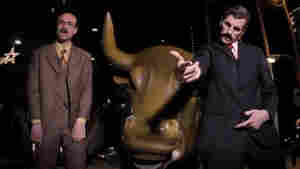 January 25, 2010 • An economist and TV producer hired a comedy duo to perform a rap song they wrote that pits the ideas of John Maynard Keynes against those of lesser known theorist F.A. Hayek. The resulting 6 1/2-minute music video tells the story of Keynes and Hayek going out for a night on the town. While drinking and rolling with their homies, they lay out the basics of their theories. 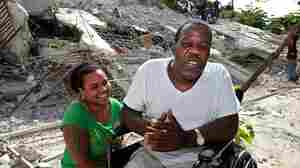 January 23, 2010 • Romel Joseph, who is blind, relied on his sense of touch to determine that there was no way out of the rubble of his music school in Port-au-Prince. He was trapped for 18 hours before friends freed him. His pregnant wife did not survive. Despite his ordeal, he plans to return to Haiti to play and teach again.

Stars Show Their Support For Haiti

January 23, 2010 • Americans have donated hundreds of millions of dollars in relief money to Haiti since the earthquake. Last night, celebrities including George Clooney and Julia Roberts called on the world to give more in a telethon called "Hope For Haiti Now."

Stars Show Their Support For Haiti

For Kate McGarrigle, Folk Music Was A Family Affair

January 22, 2010 • Canadian singer-songwriter Kate McGarrigle died Monday at age 63 after a lifetime of making music with her family and friends. She grew up singing old French and Irish tunes with her parents, and went on to perform in a duo with her sister Anna. McGarrigle's children, singers Martha and Rufus Wainwright, now carry on her musical legacy.

For Kate McGarrigle, Folk Music Was A Family Affair 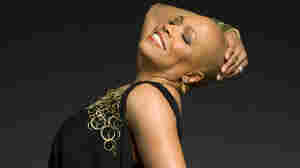 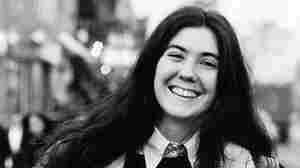 Kate McGarrigle came from one of those rare families that actually sing at home. Courtesy of the artist hide caption

January 19, 2010 • The composer and singer died Monday night at her home in Montreal after a nearly three-year battle with cancer. She was 63. The mother of Rufus and Martha Wainwright, and frequent collaborator with sister Anna McGarrigle, was at one time married to singer-songwriter Loudon Wainwright III.