The Measure of Sam Cooke's 'Triumph'

October 31, 2005 • Biographer Peter Guralnick's new book is Dream Boogie: The Triumph of Sam Cooke. Guralnick follows the life of rhythm and blues legend Sam Cooke from his roots in gospel music through his legendary career as a singer and songwriter whose hits include "You Send Me," "Only Sixteen" and many others.

The Measure of Sam Cooke's 'Triumph'

October 28, 2005 • New Orleans musicians are angry and uncertain about their futures and the future of their hometown. Cyril Neville of the Neville Brothers says he doesn't want to return to New Orleans if it will be rebuilt as "a cross between Disneyland and Las Vegas."

October 26, 2005 • Edmund Morris' new biography details Beethoven's life, from the cities of Bonn and Vienna where he lived into his professional friendships and rivalries with Haydn, Mozart, Goethe and Napoleon Bonaparte. The book also examines his often difficult relationships with his family and explores his ability to transcend his gathering deafness.

October 19, 2005 • This year, a new piece by world-famous composer Joan Tower will debut in unusually small venues nationwide. Community orchestras banded with other small groups across the nation to commission the piece themselves. Vivian Goodman of member station WKSU reports. 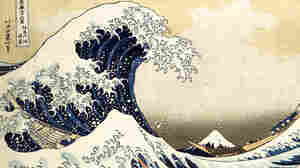 October 13, 2005 • A manuscript in Ludwig van Beethoven's own hand was discovered in a Philadelphia seminary in July. It is expected to fetch $1.7 to $2.6 million at auction next month.

A Thousand Fingers on the Keys

October 8, 2005 • This week at the Kennedy Center in Washington, D.C., 100 piano players took the stage to play together, in unison, all at the same time. The piano extravaganza was conducted by Leonard Slatkin.

A Thousand Fingers on the Keys

October 5, 2005 • Larry Appelbaum of the Library of Congress recordings division talks about previously undiscovered tapes of a 1957 Carnegie Hall performance of the Thelonious Monk Quartet with John Coltrane.

The Mystery of 'Sweet Caroline' and the Sox

September 30, 2005 • As a stadium anthem, it's not exactly "Take Me Out to the Ballgame." Susan Orlean visits Boston's Fenway Park to unlock the secret connection between the Red Sox, their loyal fans and singer Neil Diamond's 1969 hit.

The Mystery of 'Sweet Caroline' and the Sox

September 30, 2005 • In November 1957, an unprecedented lineup of jazz artists performed at New York City's famed Carnegie Hall, including Thelonious Monk and John Coltrane. The recordings from that night were once lost, but were rediscovered earlier this year.

Jazz, Alive and Well and Playing in Monterey

September 20, 2005 • At the 48th annual Monterey Jazz Festival last weekend, more than 500 artists performed on seven different stages to a huge crowd of fans. Musician and NPR contributor David Was sampled the offerings and returns confident that, contrary to some nay-sayers, jazz lives.

Jazz, Alive and Well and Playing in Monterey

September 12, 2005 • We remember Clarence "Gatemouth" Brown, the singer and guitarist who died Saturday in his hometown of Orange, Texas. He had gone there to escape Hurricane Katrina. He was 81. Brown, who had been battling lung cancer and heart disease, was in ill health for the past year, said Rick Cady, his booking agent. Cady said the musician was with his family at his brother's house when he died. Brown's home in Slidell, La., a bedroom community of New Orleans, was destroyed by Katrina, Cady said.

September 9, 2005 • Hundreds of songs have been written about New Orleans and Louisiana. One that's been played frequently in recent days has a special poignancy. Singer-songwriter Randy Newman talks about his song, "Louisiana 1927."

September 4, 2005 • We offer a musical tribute to the Big Easy: Fats Domino's version of "Do You Know What It's Like To Miss New Orleans?" The famed singer, now 77, narrowly escaped the floodwaters with several members of his family.