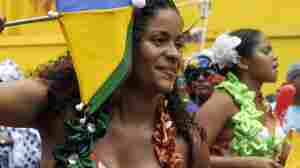 From Recife, Brazil, 3 Rhythms Get The Carnival Party Started

February 28, 2014 • The descendants of the coastal Brazilian city have a long, mixed history, making for quite the vibrant display and musical celebration. One style of music is even said to make the blood boil.

From Recife, Brazil, 3 Rhythms Get The Carnival Party Started 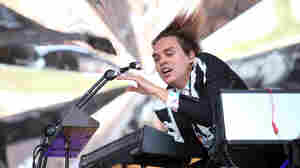 February 27, 2014 • If there's ever a stereotypical bunch of contenders for the Best Original Score Oscar, the class of 2014 definitely isn't it. Meet them — and see the haunting short that's a companion to Gravity. 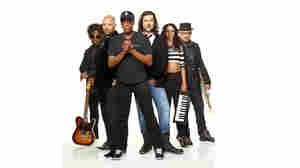 Arsenio Hall with his band. Robin DiMaggio stands to the right of Arsenio. Courtesy of the artist hide caption

What's With All The Drummers Leading Late-Night Bands?

February 27, 2014 • Robin DiMaggio, who leads The Arsenio Hall Show band, says drummers, who have to be ambidextrous to play their instrument, can drive the music and multitask like champions. 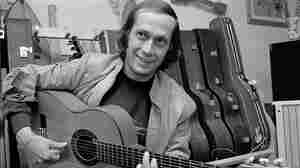 February 26, 2014 • Traditional flamenco is a singer's art, born in the cradle of Roma culture in Spain. De Lucia was neither a singer nor Roma, which makes his accomplishments all the more extraordinary. 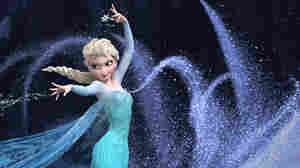 Queen Elsa embraces her power to freeze things with the anthem "Let It Go" in Frozen. Disney hide caption

'Let It Go': A Global Hit In Any Language

February 24, 2014 • You've heard "Let It Go" sung by Tony Award-winning soprano Idina Menzel. But what if you wanted to hear the Frozen anthem in Cantonese, Portuguese, French, Japanese, German or Russian?

'Let It Go': A Global Hit In Any Language 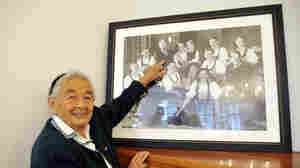 Maria von Trapp in 2008 at the age of 93. The daughter of Austrian Baron Georg von Trapp points to her father on an old family picture. She died on Tuesday at her home in Vermont. Kerstin Joensson/AP hide caption

Last Of The 'Sound Of Music' Von Trapps Dies At 99

February 23, 2014 • Maria Von Trapp, the last of the seven-member Trapp Family Singers that inspired the play and film, died on Tuesday at her home in Vermont. 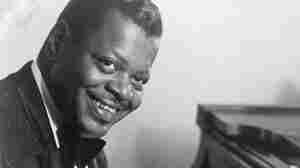 Pianist Oscar Peterson was the biggest name to emerge from the golden age of jazz in Montreal. Bettmann/CORBIS hide caption

Rail, Radio And Booze: A Look At Montreal Jazz History

February 22, 2014 • Thanks to prohibition and trains, the Canadian city became known as a nightlife capital. A web documentary traces how Oscar Peterson and others emerged from the black neighborhood of Little Burgundy. 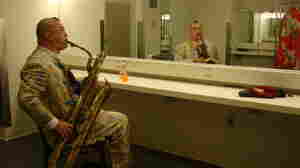 Fred Ho practices his baritone saxophone in a dressing room before a performance. Joseph Yoon/Courtesy of Fred Ho hide caption

Iconoclastic Musician Takes Measure Of His Life: 'I Became A Fighter'

February 22, 2014 • Fred Ho has combined improvisation with Asian themes to create his own form of political activism. Now, at age 56, Ho is dying of cancer.

Iconoclastic Musician Takes Measure Of His Life: 'I Became A Fighter' 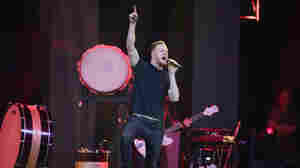 February 21, 2014 • "Radioactive," by Imagine Dragons, just set a chart record for the longest run on Billboard's Hot 100. It's just one of a few songs on the charts showing the influence of religious themes. 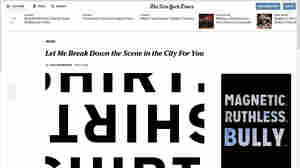 The rapper Shirt created a counterfeit article designed to look like it was written by the New York Times critic Jon Caramanica and published on the Times' website. NPR hide caption

February 20, 2014 • When even the biggest stars in the world are relying on extramusical gimmicks to hype new albums, what's an unknown rapper supposed to do to get noticed? Maybe fake a profile in the paper of record? 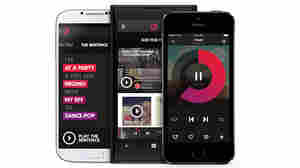 Computer Love: Beats Music Wants To Be Your Everything 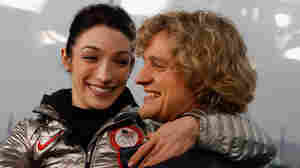 We Don't Love Him Just For The Twizzles

February 19, 2014 • What does the champion ice dancer do after winning gold in Sochi? Play Vivaldi on the violin, of course. 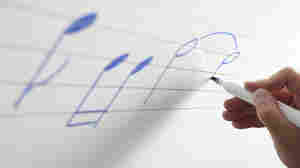 Advocates are pushing for the virtues of music education that can't be measured numerically. iStockphoto hide caption

Music Education For Creativity, Not A Tool For Test Scores

February 18, 2014 • With so much pressure on schools to improve test scores, music and the arts sometimes fall off the list of priorities. That's led advocates for music education to point out its benefits in the classroom.

Music Education For Creativity, Not A Tool For Test Scores 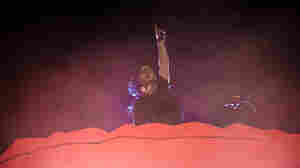 Skrillex on stage at HARD Day Of The Dead on November 2, 2013. Gabriel Olsen/FilmMagic/Getty Images hide caption

February 18, 2014 • The super-sized leading light of the new dance mainstream thrives at throwing the kind of one-off party that even a well-dressed, friendly audience in a regular-sized club can enjoy.

February 18, 2014 • On Sunday, the London Philharmonic debuted a new piece of music based on Roald Dahl's Dirty Beasts. With Matilda playing to sold-out crowds on Broadway and Charlie and the Chocolate Factory running in London's West End, this is just the latest work by the author to get a musical soundtrack.