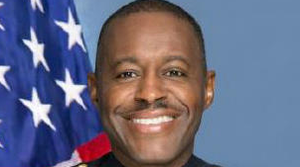 Delrish Moss was chosen as the new police chief for the city of Ferguson, Mo. Miami Police Department hide caption 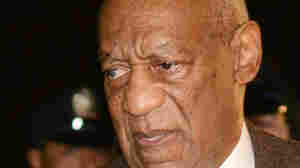 Some of Bill Cosby's accusers were upset that the museum did not initially plan to include a reference to the sexual assault allegations against him. William Thomas Cain/Getty Images hide caption

March 31, 2016 • After days of criticism, the Smithsonian says the National Museum of African American History and Culture will make reference to the assault accusations against the comedian. 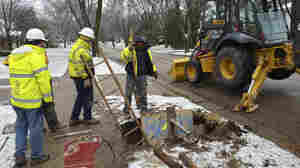 A Madison Water Utility Crew works to dig up and replace a broken water shutoff box in preparation for a larger pipe-lining project. Madison started using copper instead of lead pipes in the late 1920s. Cheryl Corley/NPR hide caption

March 31, 2016 • The water crisis in Flint, Mich., raised an alarm about the dangers of lead in our water supply, but it is not new knowledge. Madison, Wis., knew about it and removed all its lead pipes 15 years ago.

March 31, 2016 • Russia is not participating in this year's Nuclear Security Summit in Washington, D.C., this week. It's the final such event of the Obama administration. Critics are underwhelmed with what the president's nuclear security push has accomplished, and it isn't clear whether the event might continue on into the administration of the next president.

March 31, 2016 • Unemployment for recent veterans has hit a historic low, but it's not clear how many veterans are able to use their military experience to get meaningful employment.

March 31, 2016 • Rhode Island's new tourism slogan is "Cooler and Warmer." If you're confused by it or even hate it, you're not alone.

March 31, 2016 • On Thursday night, CBS premieres Rush Hour, a reimagining of the buddy action flicks. Not much has changed as the show relies on stereotypes of the old film franchise.

March 31, 2016 • Republicans hold a historic majority in the House of Representatives, but Donald Trump is challenging the basic assumptions that the GOP's grip on the majority is ironclad.

March 31, 2016 • Alabama's governor is embroiled in a political firestorm after allegations of an affair with a top aide. Gov. Robert Bentley denies the affair, but his senior advisor did resign Wednesday. Meanwhile, calls for the governor's resignation are rising.

Georgia Is Not Alone In Scuffle Over 'Religious Liberty' Bills

March 31, 2016 • The governor of Georgia has vetoed a so-called "religious liberty bill" after vocal opposition. NPR's Audie Cornish talks to Charles Haynes, director of the Religious Freedom Center at the Newseum, about how widespread these laws are in the U.S.

Georgia Is Not Alone In Scuffle Over 'Religious Liberty' Bills

March 31, 2016 • Last spring, Austin, Ind., was at the center of an HIV outbreak linked to intravenous use of the opioid painkiller Opana. In one house in Austin, a man addicted to Opana says he didn't think he would get HIV through sharing needles. The town's only full-time doctor is trying to encourage people to get help, but many people have yet to be tested. 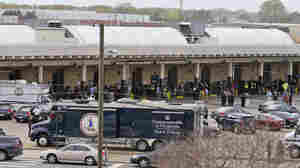 March 31, 2016 • Chad Dermyer, 37, died from multiple gun shot wounds after being shot at a Greyhound bus station this afternoon. The suspected shooter was also killed.

March 31, 2016 • Mountain lions are known to be scary lone hunters, but a biologist aims to prove us wrong with thousands of videos showing the big cats in their natural habitat. 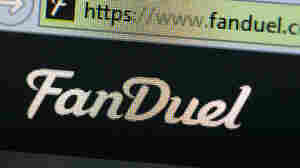 The logo for FanDuel, which is one of the two major daily fantasy sports companies, along with DraftKings. Getty Images hide caption

DraftKings And FanDuel To Suspend Contests On College Sports 'Indefinitely'

March 31, 2016 • The daily fantasy sites say they will cease all contests on college sports competitions, saying it is "the best path forward" for the industry.