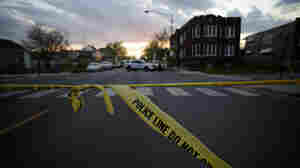 Can I Just Tell You?

For Stopping A Pandemic Of Gun Violence, Let's Look To The Flu

July 31, 2016 • We take proactive measures to stop the spread of the flu — so, NPR's Michel Martin asks, why can't we combat gun violence the same way?

For Stopping A Pandemic Of Gun Violence, Let's Look To The Flu

July 31, 2016 • A federal appeals court struck down North Carolina's voter ID law. Law professor Rick Hasen explains why and what impact it will have.

July 31, 2016 • While in Philadelphia for the DNC, Michel Martin visited a South Philly institution to taste a Philly classic: water ice (also called Italian ice). John's Water Ice has been open since 1945.

July 31, 2016 • Hillary Clinton and Tim Kaine are campaigning in Pennsylvania and Ohio, talking about the economy. But Donald Trump and the Khan family have dominated the media over the weekend.

What Went Wrong For Prosecutors In Freddie Gray Case?

July 31, 2016 • None of the six officers facing charges in Freddie Gray's death were convicted. Law professor David Jaros talks about what happened and why police officer convictions are uncommon.

What Went Wrong For Prosecutors In Freddie Gray Case? 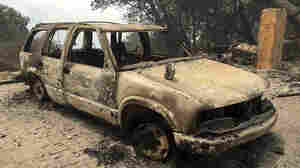 A car destroyed by the Soberanes fire in Big Sur, Calif. Lodge managers and cafe owners there are facing cancelled bookings after fire officials warned that crews will likely be battling the fire for another month. Terry Chea/AP hide caption

July 31, 2016 • After more than a week, a 38,000-acre wildfire on the California coast is still growing, and authorities warn it could burn through August even after it is contained. 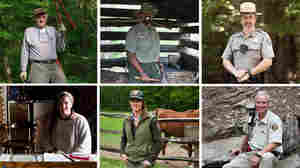 Life In The Park: Finding Meaning In Park Service Work

July 31, 2016 • For many National Park Service employees, the pay is seasonal and not great. The hours can be long and tedious. But for many, there's a big payoff in dedicating their days to nature. 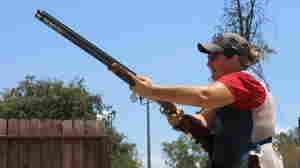 Kim Rhode takes practice shots with the assist of her father Richard Rhode, who's been her coach for 27 years. Nathan Rott/NPR hide caption

July 31, 2016 • If Rio goes well for her, Olympic shooter Kim Rhode could become the first person to medal in six consecutive Summer Games. But Rhode is looking beyond the personal accolades.

The Latest In Sports

July 31, 2016 • Baseball's Ichiro Suzuki is a few hits away from batting 3000. And football's Ezekiel Elliot is under investigation for domestic violence. Elise Hu talks with Mike Pesca of Slate's The Gist podcast.

The Latest In Sports

July 31, 2016 • This past week at the Democratic National Convention in Philadelphia, NPR's Rachel Martin spoke with retired Marine Corps General John Allen, who offered his passionate support of Hillary Clinton.

The Week In Politics

The Week In Politics

July 31, 2016 • The latest book in J.K. Rowling's series, really a script for a play, "Harry Potter and the Cursed Child," went on sale at midnight. We check in with fans who lined up, wands in hand, to get a copy. 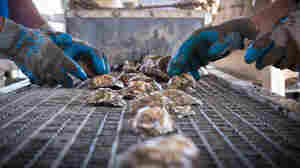 As the wild oyster population resurges, there is an added bonus — our waterways are getting cleaner. Mladen Antonov/AFP/Getty Images hide caption

July 31, 2016 • The farm-to-table movement has caused the farming of oysters — nature's hardworking little water filters — on the East Coast to double in the past six years.