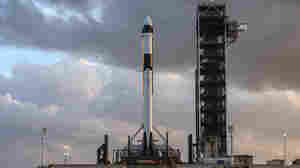 Two astronauts will launch to the International Space Station aboard a new capsule built by the company SpaceX. SpaceX hide caption

May 25, 2020 • Later this week, NASA and SpaceX will launch the first rocket carrying astronauts from U.S. soil since the end of the space shuttle era. But COVID-19 has forced some changes to their plans. 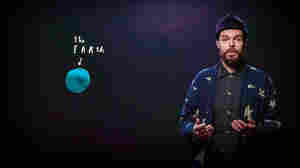 Oliver Jeffers: An Ode To Living On Earth

May 22, 2020 • If you had to explain to a newborn what it means to live on Earth, at this time of crisis — what would you say? Writer, illustrator, and artist Oliver Jeffers gives his answer in a letter to his son.

Oliver Jeffers: An Ode To Living On Earth

May 21, 2020 • NASA researchers are seeking candidates who want to spend eight months isolated in a Russian lab. The study will simulate the psychological effects of isolation during trips in space. 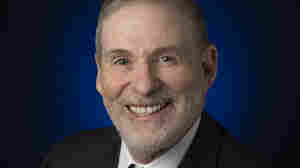 May 19, 2020 • The sudden departure of Doug Loverro startles the space community, which has been eagerly anticipating the planned May 27 launch of astronauts from U.S. soil for the first time since 2011. 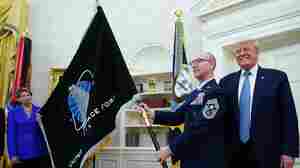 May 15, 2020 • President Trump held a ceremony with senior defense officials to unfurl the official flag of the Space Force and boasted about what he called powerful new American weapons. 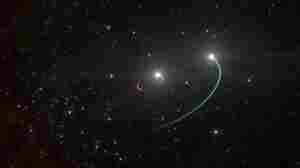 Scientists with the European Southern Observatory say system HR 6819, seen in this artist's rendering, is composed primarily of two stars (orbits in blue) and a newly discovered black hole (orbit in red). The black hole is invisible, but it makes its presence known by the gravitational pull exerted on objects around it. ESO/L. Calçada hide caption 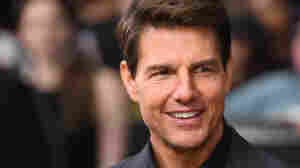 May 5, 2020 • NASA confirmed that actor Tom Cruise and private spaceflight company Space X are considering a feature film shot on board the International Space Station.

Shooting Stars Are Coming From Aquarius — Here's How To Watch

May 4, 2020 • For a socially distant activity to pass the time, just look up. The annual Aquarid Meteor shower will reach its peak Monday night, littering shooting stars across the sky. 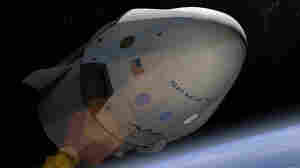 An arist's depiction of SpaceX's Crew Dragon, which is set to take NASA astronauts to the International Space Station May 27. SpaceX hide caption

May 1, 2020 • The space agency is urging people not to travel to go see astronauts embark on their historic launch from Florida, the first time they will do so in nearly a decade. 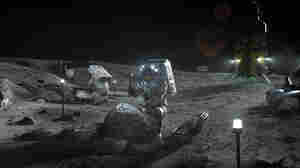 This illustration made available by NASA in April 2020 depicts Artemis astronauts on the Moon. On Thursday, NASA announced the three companies that will develop, build and fly lunar landers, with the goal of returning astronauts to the moon by 2024. NASA via AP hide caption

May 1, 2020 • Elon Musk's SpaceX, Jeff Bezos' Blue Origin and Dynetics, a Huntsville, Ala.- based firm, will share $967 million to develop a vehicle to get astronauts to the moon's surface by 2024. 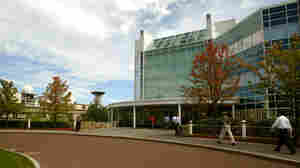 April 24, 2020 • Scott Tilley, a Canadian ham radio enthusiast, used his spare time during COVID-19 lockdown to track down a signal from LES-5, an experimental communications satellite launched in 1967.

After 7 Months In Space, Meir Will Return To A Very Different World

April 16, 2020 • NPR's David Greene connects with American astronaut Jessica Meir at the International Space Station, as she observes the COVID-19 outbreak from the ultimate quarantine.

After 7 Months In Space, Meir Will Return To A Very Different World

April 10, 2020 • Fifty years ago Saturday, Apollo 13 lifted off for the moon. After 55 hours, the mission was rocked by an explosion. The ensuing drama to return the crew safely captured the world's attention. 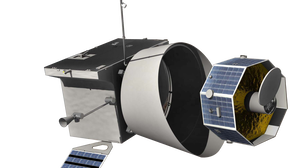 April 9, 2020 • Shortly after midnight eastern time on Friday, a European Space Agency mission will zoom pass Earth on its way to Mercury. Earth's gravity will give it what is called a gravity assist. 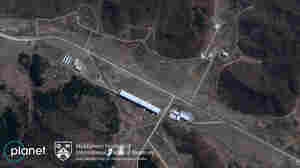 March 27, 2020 • Satellite imagery shared exclusively with NPR suggests that North Korea is moving ahead with plans to expand its capabilities.