May 30, 2012 • Bilingual TV shows and networks have just begun popping up in the past few years. For some, it's important to serve the bilingual audience. For others, it seems unnecessary because bilingual people can already enjoy both Spanish and English-language shows.

Every Old Reality TV Show Is Old Again This Summer

May 30, 2012 • This summer, there are a striking number of reality shows blatantly ripping off existing shows. Commentator Andrew Wallenstein explains why everything old is old again on TV this summer. It has to do with the success of The Voice, NBC's first big hit in ages, which was a rip-off singing competition. It gave other networks the idea that more ratings could be scraped up by rehashing old ideas just one more time.

Every Old Reality TV Show Is Old Again This Summer 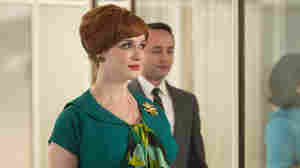 'Mad Men': Ruminations On The Buying And Selling Of Something Beautiful

May 29, 2012 • Sunday's Mad Men has been polarizing, relying as it did on three stories about the commodification of women. 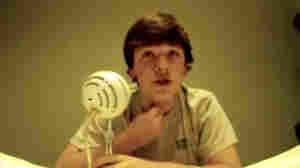 Jake Foushee's "movie trailer" voice went viral when he was 14. Now he may be headed for the big screen. YouTube hide caption

In A World Where One Teen's Voice Is An Internet Hit

May 26, 2012 • Jake Foushee was 14 when he posted a YouTube video showing off his "movie trailer voice" for friends. When the video went viral, Jake found himself on national television. The next stop might be the big screen itself.

In A World Where One Teen's Voice Is An Internet Hit 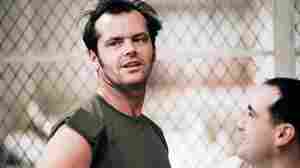 May 25, 2012 • The director of Friday Night Lights, Hancock and the new film Battleship says the movie that "just hit me like a freight train" is Milos Forman's One Flew Over the Cuckoo's Nest, starring Jack Nicholson and Louise Fletcher. 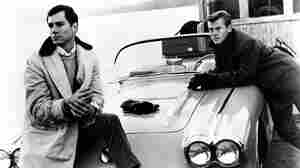 May 25, 2012 • Actor George Maharis talks about Route 66, the television show he starred in that's just been released in a new DVD box set.

May 25, 2012 • Cable channel TBS had the highest ratings among cable networks in the all-important 18-to-49-year-old audience during the first quarter of the year. Programmers did it without offering a single original program in prime time. They did it with reruns, led by The Big Bang Theory, which is in heavy rotation. 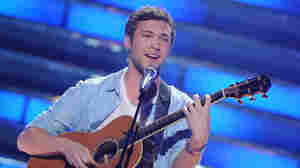 Your New 'American Idol' Is (Surprise!) A Laid-Back Dude With An Acoustic Guitar

May 24, 2012 • American Idol crowned another guy last night who's an awful lot like the guys they've been crowning for the last four seasons.

May 23, 2012 • In the 1970s, American Dwight Worker set out to smuggle cocaine from South America to the U.S. But his plan backfired and he wound up in one of Mexico's most notorious prisons. Worker tells host Michel Martin his story of imprisonment and escape.

May 22, 2012 • Tia Mowry of Sister, Sister fame is now all grown up, she just had a baby, and she's in the spotlight again with her twin sister in the reality TV show, Tia & Tamera. Host Michel Martin speaks with Tia Mowry about her career and her new book, Oh, Baby! Pregnancy Tales and Advice from One Hot Mama to Another.

Networks Must Adapt To Decline In TV Viewers

May 21, 2012 • Ratings fell precipitously in 2012, especially among the most important audience for television advertisers: younger adults aged 18 to 49. Online viewing continues to grow, but remains a small fraction of total viewership. Bill Carter of the New York Times talks about the changing TV landscape.

Networks Must Adapt To Decline In TV Viewers 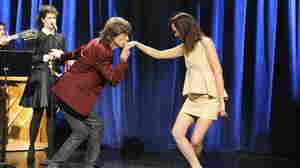 May 21, 2012 • On this weekend's Saturday Night Live, Kristen Wiig got an emotional send-off. 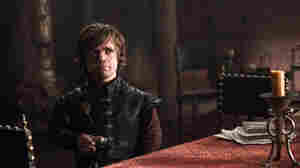 Peter Dinklage plays Tyrion Lannister on Game of Thrones, a role that he tells NPR he talked over with his grandmother. "She misunderstood me and she thought I said, 'interior banisters,' and she was quite confused by that, so it got off to sort of a clunky start." Dinklage has since won an Emmy and a Golden Globe for his performance. HBO hide caption

Peter Dinklage: On 'Thrones,' And On His Own Terms

May 21, 2012 • The Emmy-winning actor talks with NPR's Audie Cornish about the popular fantasy drama — and about the rules of his own personal game.

Peter Dinklage: On 'Thrones,' And On His Own Terms

When Should An Aging TV Show Get Off The Air?

May 21, 2012 • The TV show House is airing its final episode Monday night on FOX, Desperate Housewives on ABC ended last week and NBC has announced that 30 Rock will have its final episodes this fall. TV and media critic Eric Deggans of the Tampa Bay Times explains why choosing to end a show, rather than getting canceled, presents a creative opportunity for the producers.

When Should An Aging TV Show Get Off The Air? 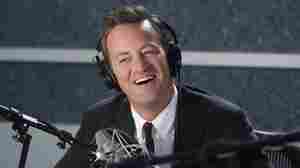 May 20, 2012 • On Sunday's Weekend Edition, a discussion about the familiar faces coming to fall television, including Matthew Perry, Connie Britton, and Vanessa Williams.