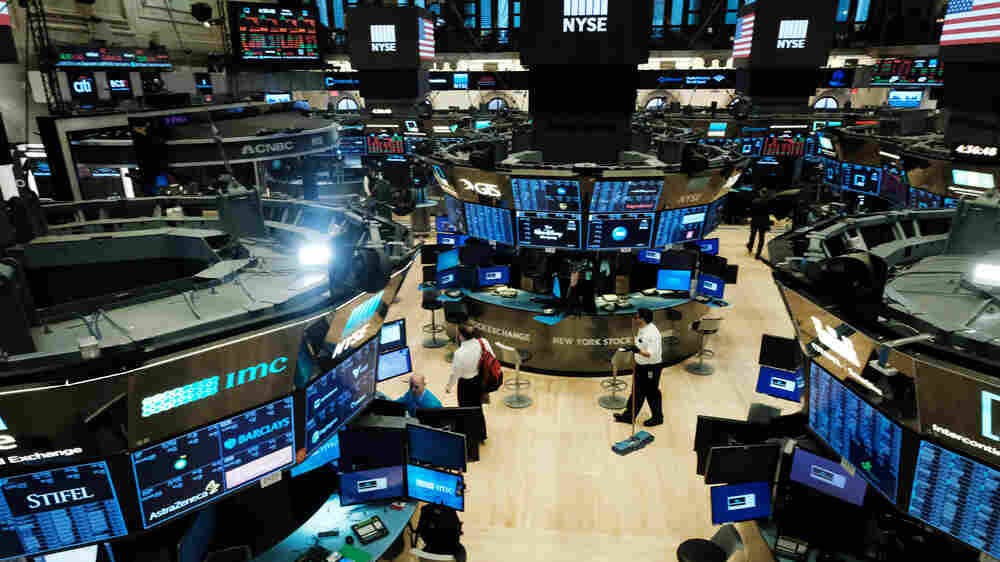 Trading ends for the day on the floor of the New York Stock Exchange on March 20. It was the last day before the exchange switched to all-electronic trading in an effort to help contain the spread of the coronavirus. Spencer Platt/Getty Images hide caption

The Dow Has Lost Nearly 14% In A Volatile Month

March 31, 2020 • The stock market has never seen a month like March, with downs and ups of thousands of points in a day. The Dow has recovered from recent lows, but it has fallen 24% since its record high. 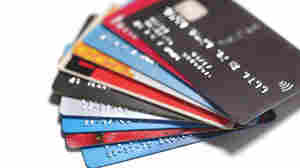 March 30, 2020 • Coronavirus questions on the yield curve and refinancing. And some of the ways individuals can help. 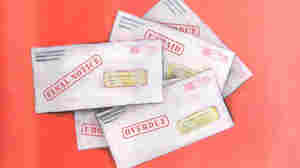 Lost Work Because Of Coronavirus? How To Get Unemployment, Skip Loan Payments And More

March 30, 2020 • The coronavirus pandemic has caused vast economic disruptions. Millions of people are filing for unemployment, trying to pay rent and deferring loans. If you've lost work, here are some things you can do.

Lost Work Because Of Coronavirus? How To Get Unemployment, Skip Loan Payments And More 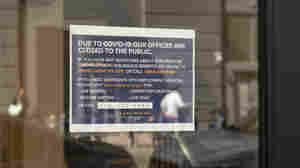 March 28, 2020 • A record number of Americans filed for unemployment this week. The system isn't designed for this. What's next? | Subscribe to our weekly newsletter here. When Should We Restart the Economy?

March 27, 2020 • President Trump got major backlash this week when he suggested businesses should reopen by Easter. Critics said that was way too early. How do we know when it's safe for businesses to reopen?

When Should We Restart the Economy? 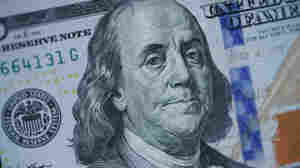 About 90% of households — approximately 165 million — will benefit from direct payments, according to the Tax Policy Center. Xinhua News Agency/Getty Images hide caption

March 26, 2020 • Under the plan, single people earning incomes below $75,000 will receive as much as $1,200. The White House says it will issue funds in three weeks but experts say it could take months for some. 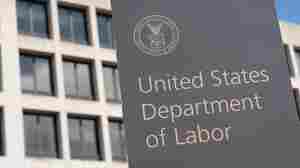 March 26, 2020 • Layoffs and furloughs due to the coronavirus clampdown have pushed 3.3 million Americans to apply for unemployment benefits, the largest weekly increase in U.S. history. 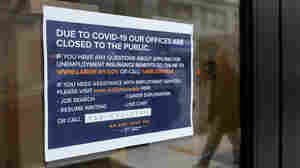 A "closed" sign is posted at the entrance of a New York State Department of Labor office in Brooklyn. With millions of people filing for unemployment benefits, state employment agencies have been overwhelmed around the country. Andrew Kelly/Reuters hide caption

Advice On Filing For Unemployment Benefits: Document Everything And Be Persistent

March 26, 2020 • The number of jobless claims hit an all-time record, with 3.3 million claims in the last week alone. With so many people filing, there are glitches. Experts offer suggestions on how to get through. 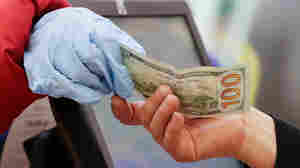 A woman wearing gloves pays for her purchase at a supermarket in Los Angeles. Bank regulators are urging consumers not to hoard cash, after reports of large withdrawals by some customers worried about the coronavirus. Mario Tama/Getty Images hide caption

Don't Dash For Cash: Authorities Say There's No Need To Empty The ATM

March 26, 2020 • Regulators urge consumers not to drain their bank accounts, after reports of large withdrawals by some customers worried about the coronavirus. The FDIC reminds us the accounts are insured.

Don't Dash For Cash: Authorities Say There's No Need To Empty The ATM 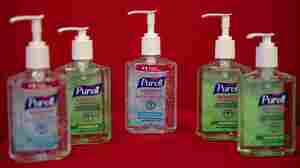 The attorneys general said some sellers on Craigslist and Facebook are jacking up prices on hand sanitizer by as much as 10 times the normal cost. Nicholas Kamm/AFP via Getty Images hide caption

March 25, 2020 • The top state law enforcement officials also told Craigslist, eBay and Facebook that they have "an ethical obligation" to root out spiking prices on hand sanitizers and other high-demand products. 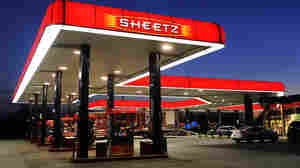 The Sheetz gas and convenience store chain is boosting its workers' pay by $3 per hour, in response to the coronavirus outbreak. Its stores are among the businesses deemed essential during government-ordered shutdowns. Michael S.Williamson/The Washington Post via Getty Images hide caption

March 25, 2020 • It's one of the most aggressive moves yet by companies that are boosting pay to retain, attract and motivate employees. 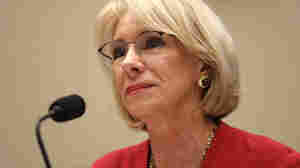 U.S. Secretary of Education Betsy DeVos also announced the Department of Education would refund about $1.8 billion to the more than 830,000 borrowers who were in the process of having money withheld. Alex Wong/Getty Images hide caption

Education Dept. Will Stop Collections On Student Borrowers In Default

March 25, 2020 • Those who have defaulted on their federal student loans will get a temporary reprieve from having their wages, Social Security benefits and tax refunds garnished by the federal government. 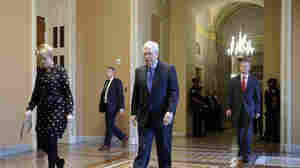 March 25, 2020 • The deal means Congress could be close to passing a deal, and it comes after House Speaker Nancy Pelosi said Republicans and Democrats had closed the gap on their differences. 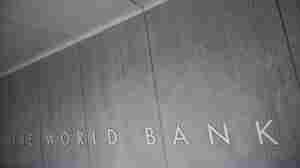 March 24, 2020 • A few years ago, the World Bank issued bonds designed to get cash to needy countries in the event of a pandemic. Sounds like a great idea! But the bonds haven't paid out yet and they may never. 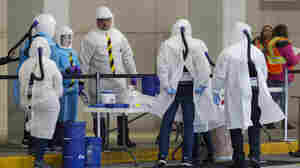 Economists say helping the health care sector, including through emergency financing to states and cities, is one of the steps urgently needed to weather the coronavirus crisis. Michael Conroy/AP hide caption

How To Avert Economic Catastrophe: Ideas From 5 Top Economists

March 24, 2020 • Avoid layoffs at any cost. Set up emergency financing for states and cities to help health systems. Cut regulations to speed medical response. Those are some recommendations from leading economists. 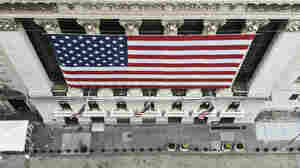 The stock market has been battered by the growing economic effects of the coronavirus pandemic. John Minchillo/AP hide caption

March 24, 2020 • U.S. stock indexes surged as negotiations continued over a massive stimulus package to help the crippled economy deal with the growing effects of the coronavirus pandemic. 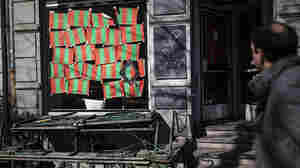 The Most Vulnerable Workers

March 23, 2020 • Because of social distancing, the U.S. restaurant industry has entirely disintegrated with unimaginable speed, leaving its workers to face an uncertain future.

The Most Vulnerable Workers 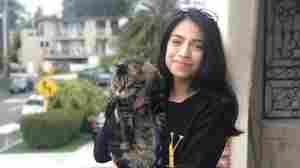 Angelica Rico says she lost all of her income this week when she was furloughed from her job as a digital marketing specialist. She doesn't know how she'll be able to pay rent on her apartment in Southern California. Courtesy of Autumn Littiken hide caption

March 20, 2020 • In the midst of a pandemic where people are supposed to stay home, many municipalities have halted evictions. But housing advocates want to see more action to help people who can't pay rent. 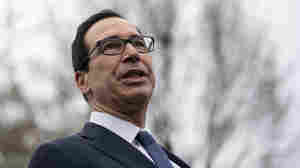 U.S. Treasury Secretary Steven Mnuchin speaks to the press outside of the West Wing of the White House on Friday. Drew Angerer/Getty Images hide caption

March 20, 2020 • "All taxpayers and businesses will have this additional time to file and make payments without interest or penalties," Treasury Secretary Steven Mnuchin said Friday. 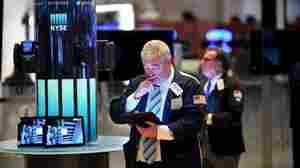 March 20, 2020 • The Dow fell more than 900 points, leaving the index 2.8% lower than when President Trump took office. The drop culminated a staggering week of losses as the coronavirus impact took an economic toll. 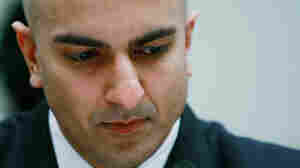 Episode 982: How To Save The Economy Now

March 20, 2020 • Neel Kashkari is the President of the Minneapolis Fed. And he's run a bailout of an economy already. | Subscribe to our weekly newsletter here.

Episode 982: How To Save The Economy Now 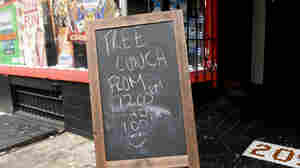 'All Giving Is Very Necessary.' Ways To Give To Charity During The Coronavirus Crisis

March 19, 2020 • Many lives have been turned upside down by the coronavirus crisis, and many want to help. But what is the best way to give in this uncertain time? Here are some tips for picking your charity wisely.

'All Giving Is Very Necessary.' Ways To Give To Charity During The Coronavirus Crisis 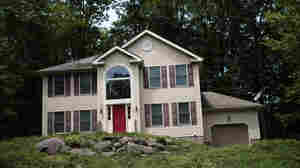 The federal government is telling lenders to lower or suspend mortgage payments for homeowners who have lost income because of the coronavirus outbreak. Mike Segar/Reuters hide caption

U.S. Orders Up To A Yearlong Break On Mortgage Payments

March 19, 2020 • The federal government is telling lenders to lower or suspend mortgage payments for up to 12 months for homeowners who have lost income due to the coronavirus outbreak.

U.S. Orders Up To A Yearlong Break On Mortgage Payments